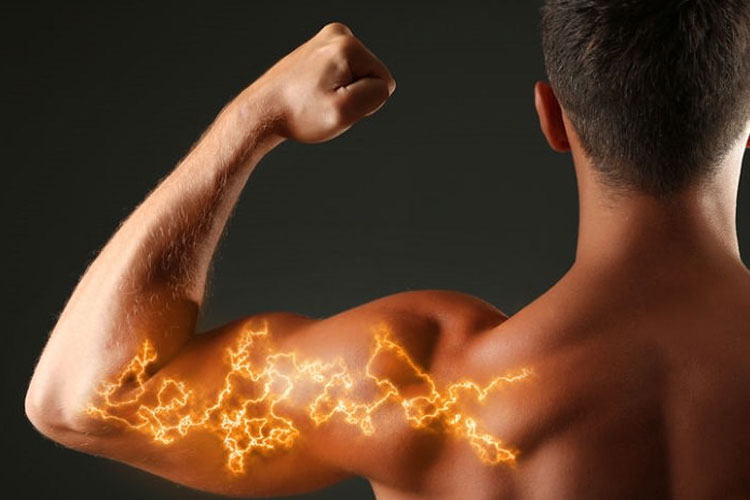 With literally hundreds of different supplements available and so many that are based on bogus claims and ridiculous hype, it’s almost impossible to find even one that delivers results. If you’ve rummaged through the garbage of the supplement scrap heap, you know that finding any science or real-world proof is a waste of time. Beta-Alanine is the exception. Finally, a supplement that actually lives up to its claims. Beta-Alanine efficacy is backed by major university, peer-reviewed studies performed on humans, not a cell, rat or goat study upon which other products typically base claims. The science behind beta-alanine is simple, it makes sense and it works. The information on this site, was designed to be used as a beta-alanine guide and is organized in a hands-on, easy-to-follow approach manner- with no fancy biochemistry or confusing graphs.

What is Beta-Alanine and where do we get it?

Beta-Alanine is a non-essential amino acid and is the only naturally occurring beta-amino acid. Not to be confused with regular alanine, beta- alanine is classified as a non-proteinogenic amino acid, as it is not believed to be used in the building of proteins.

The greatest natural dietary sources of beta-alanine are believed to be obtained through ingesting the beta-alanine containing dipeptides: carnosine, anserine and balenine, rather than directly ingesting beta-alanine. These dipeptides are found in protein rich foods such as chicken, beef, pork and fish. It is predominantly through ingesting the dipeptide carnosine that we ingest most of our beta-alanine, as the two other dipeptides are not found nearly as plentiful in our typical coniferous diet. However, obtaining beta-alanine through these dipeptides is not the only way, as our bodies can synthesize it in the liver from the catabolism of pyrimidine nucleotides which are broken down into uracil and thymine and then metabolized into beta-alanine and B-aminoisobutyrate. Of course, it can also be ingested through direct supplementation which is the focus of this article.

Below is a list of the benefits from beta-alanine, supported by peer-reviewed university research, published in reputable science journals.

Benefits of Beta-Alanine as supported by scientific studies:

Who can benefit from beta-alanine?

What causes our muscles to lose strength,power and endurance during intense exercise?

When we exercise, especially when it’s high intensity exercise, our bodies accumulate a large amount of hydrogen ions (H+), causing our muscles pH to drop (become more acidic). This process is occurring whether you feel a burn or not.

The breakdown of ATP and the subsequent rise in H+ concentrations occur in all of our energy systems but H+ buildup is most prevalent in an energy system called glycolysis, which also produces lactic acid. At physiological pH, lactic acid dissociates H+ and is the primary source of released H+ ions during exercise, causing pH to drop. It is the released H+ from lactic acid that causes muscular performance problems, not the leftover lactate ions as many incorrectly believe. While lactic acid is the primary source of released H+, it is not the only source. H+ ions are also being released at a rapid rate when you break down the high energy compound ATP during exercise. With the presence of many sources during energy production releasing H+, pH drops quickly.

As our muscles pH quickly drops, so does theirability to contract forcibly and maintain a high level of performance throughout your workout session. Not being able to perform and maintain forceful muscular contractions and push your body to the limit during your workout session, seriously hampers your ability to maximally overload your muscles and force new muscle gains.

In a nutshell, H+ causes your muscles pH to drop, in tern decreasing your strength and causing you to fatigue faster. These limitations stop you from adequately overloading your muscles and forcing NEW muscle gains

So how can beta-alanine help us overcome this drop in pH that limits exercise performance?

To understand how beta-alanine works to fight the drop in pH within our muscle, you must first understand how carnosine works. The reason being is, beta-alanine’s performance benefits are not direct but realized through its ability to boost the synthesis of carnosine.

The Russian scientist Gulewitsch was the first to identify carnosine in 1900. Eleven years later, he would discover and identify its constituent amino acids, beta-alanine and histidine. Seven years later, Barger and Tutin and Baumann and Ingvaldsen confirmed Gulewitsch’s findings. However, it wasn’t until 1938 that the first research on carnosine and its effects on muscle buffering were published.

Carnosine is a naturally occurring di-peptide that is found in both type 1 and type 2 muscle fibers, but is in significantly higher concentrations in type 2 fibers. Type 2 muscle fibers are primarily used in high intensity strength workouts and are most responsive to muscular growth.

How does carnosine work?

There are a handful of ways carnosine is thought to impact performance but its most studied function, and the focus of this article, is its role as an intracellular buffer. Carnosine helps stabilize muscular pH by soaking up hydrogen ions (H+) that are released at an accelerated rate during exercise.

Our bodies work to keep our pH in balance by utilizing various buffering systems. Buffers largely work by soaking up H+ to maintain optimal pH balance, which we need to function most effectively. As mentioned above, our muscles function best in a specific pH range. When pH drops below that range, so does muscular performance. By helping to keep us in a more optimal pH range, our muscles can continue to contract forcibly for a longer time.

There are a handful of buffering systems that work in our bodies. Some maintain pH in extra cellular fluids (ECF) outside of the cell, while others perform their duties in intracellular fluids (ICF) inside the cell and some perform in both. Our focus in this article is on exercise performance and, as mentioned above, the primary source of H+ released during exercise is from lactic acid and ATP breakdown. Take a guess where this breakdown and release of H+ is occurring? If you guessed inside our muscles or intracellular, you would be correct. As a result, the first line of defense in absorbing the H+ is going to be the cell from intracellular buffers such as carnosine, not from extra cellular buffers.

Aside from carnosine being just where we need it, buffering H+ inside our cells, it has additional, unique attributes that make it really shine. Carnosine is unique; in that, other natural buffering systems our bodies use are also used in many other cellular reactions aside from buffering, watering down much of their buffering abilities. However, what makes carnosine really exciting, is that by supplementing with extra beta-alanine, we can specifically and dramatically increase carnosine levels. How much, you ask?

Researchers have shown that when supplementing with beta-alanine for just 4 weeks, we can increase our carnosine concentration by 42-65%. Longer beta-alanine studies going up to 10-12 weeks, show carnosine concentrations increased up to 80%. This is a tremendous increase in an already powerful intracellular buffer. It is this large increase in buffering capacity within our muscles that is largely responsible for the strength, lean body mass, power and muscular endurance gains that researchers are seeing from beta-alanine studies.

While this is not a frequently asked question, it should be. We understand many people care most about gaining muscle, looking great and performing at their best. But safety should not be overlooked. We believe it should actually be the first question asked when considering a new supplement, even before you question efficacy.

Why not just take carnosine instead of beta-alanine?

Unfortunately, only about 40% of the carnosine you take actually contains beta-alanine, making it an inefficient source at best. You are better off, from both efficiency and a financial standpoint, taking beta-alanine directly. You would have to take substantially more carnosine just to approach the increased concentrations of carnosine achieved by taking the scientifically recommended dose of beta-alanine. Clearly, taking beta-alanine is the superior solution to increasing carnosine levels.

Shouldn’t I take extra histidine along with beta-alanine since histidine is a component of carnosine?

No, as histidine is already present in high concentrations in muscle, while beta-alanine is only present only in small amounts. Researchers have determined that it is beta-alanine that drives carnosine synthesis, not histidine. Since this has been proven repeatedly in research, there is no need to supplement with extra histidine to increase carnosine levels. There are potentially some select populations like vegans, vegetarians or the elderly that may not get enough histidine in their diets and are thus deficient, which may compromise optimal carnosine levels. But, we still don’t recommend taking just extra histidine with beta-alanine. Instead, we recommend these groups and simply bump up their total protein intake which will in turn solve their possible histidine deficiency. For the majority of healthy people, only beta-alanine is needed as histidine deficiency is rare and no extra supplementation is needed to increase carnosine concentrations.

How much Beta-Alanine is needed to cause performance increases?

Research has shown that you can take an amount between 3.2 grams and 6.4 grams per day to significantly boost carnosine levels and improve performance. The most recent research, now using 4-5 grams a day, is showing comparable carnosine concentration and performance improvements to those using 6.4 g daily. Based off the current research, we suggest 4 grams of beta-alanine a day, with an optional 2 week loading phase of 6 grams a day during the first month of use.

How long will it take to start noticing benefits?

Performance benefits typically occur in as little as two weeks, although some individuals will notice benefits within one week. As carnosine levels increase, the benefits will follow. The most dramatic results are generally experienced within the 3-4 week range but they don’t stop there. Recent research is now showing carnosine levels continue to increase for a minimum of 12 weeks which is why we recommend staying on Beta-Alanine for at least three months to optimize your carnosine levels.

What you can read next 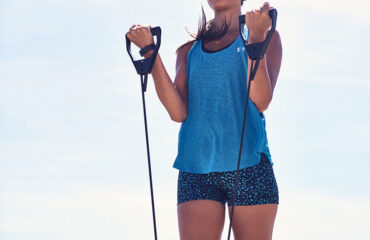 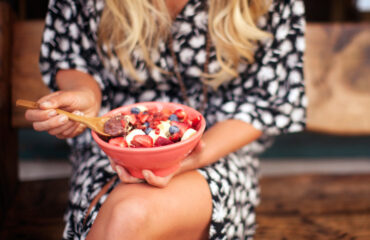 Why You Need More Than Just Willpower for Weight Loss 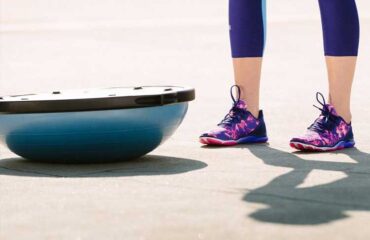 How to Lose an Extra Half-Pound a Week